The PAC system has been designed as a set of three logical servers, following the model proposed by the ISO 14721 standard (OAIS). 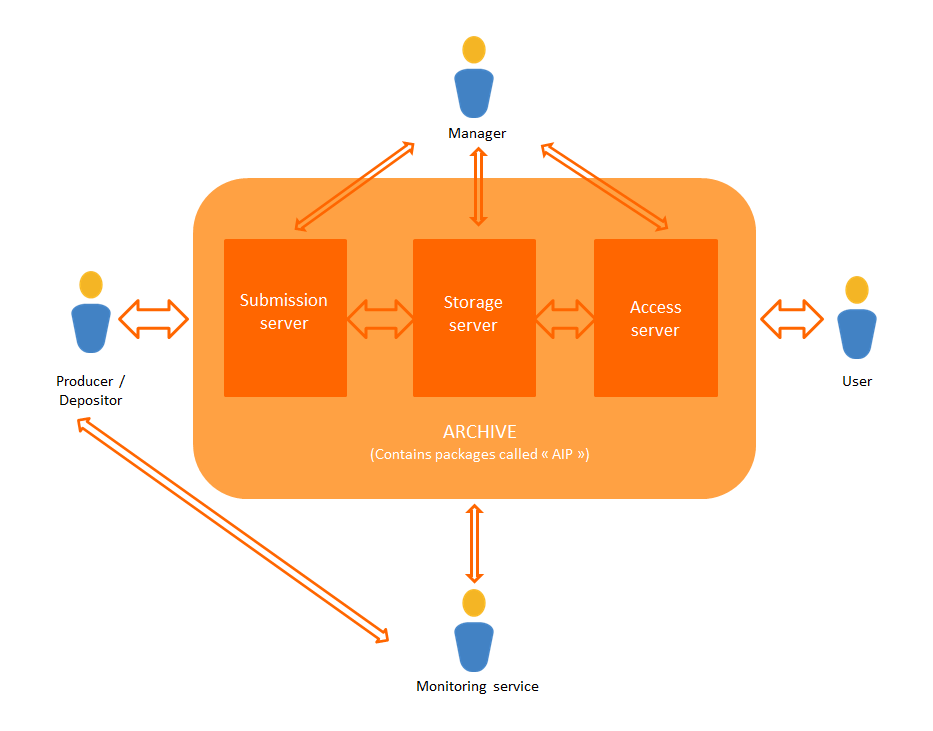 Functional architecture of the PAC platform: 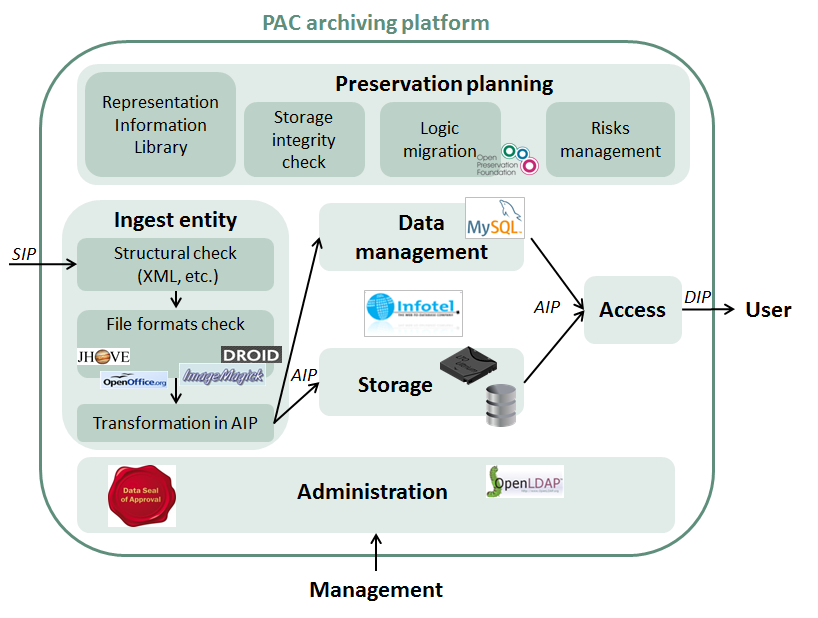